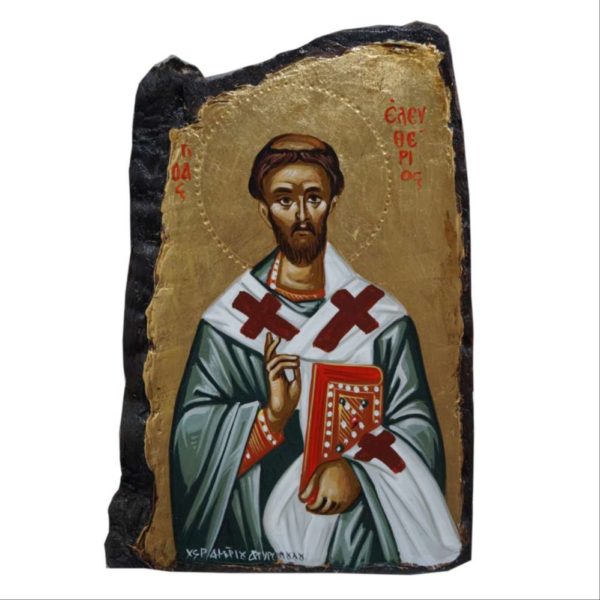 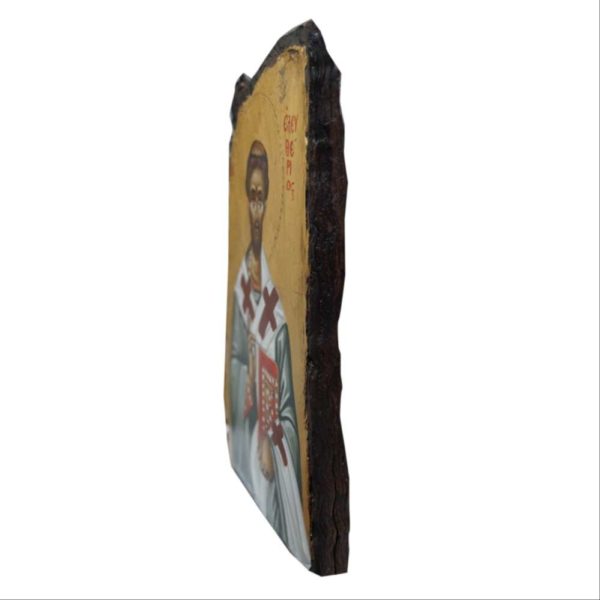 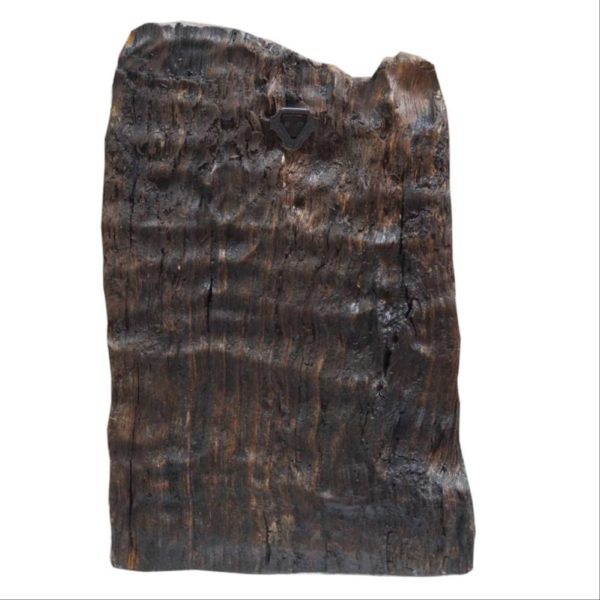 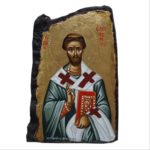 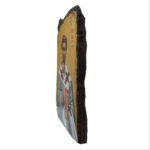 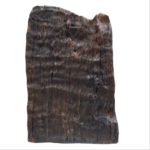 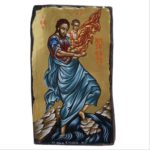 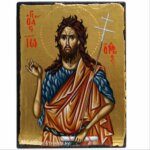 Icon painted on antique solid wood with gold leaves of 23 carats. It can be placed on a flat surface or hanged on a wall.

Saint Eleftherios was born in Rome in the 2nd century, to a rich father, whom he lost from a very early age. He was raised by his mother Anthia, who had been converted to Christianity by disciples of the Apostle Paul. Priest and martyr (hieromartyr) of the Christian Church. His memory is celebrated on December 15 by the Orthodox Church and on April 18 by the Catholic Church. Saint Eleftherios is considered a helper of pregnant women.

Picture painted on an old solid piece of wood has the colours are non-toxic powder blended with acrylic resin. The background of the picture is covered in leaves of gold 23 carats. The final cover polish is of superior endurance against light and humidity it does not include polyurethane. Handed in with a certificate of authenticity from the artist. Net weight: 330 g.