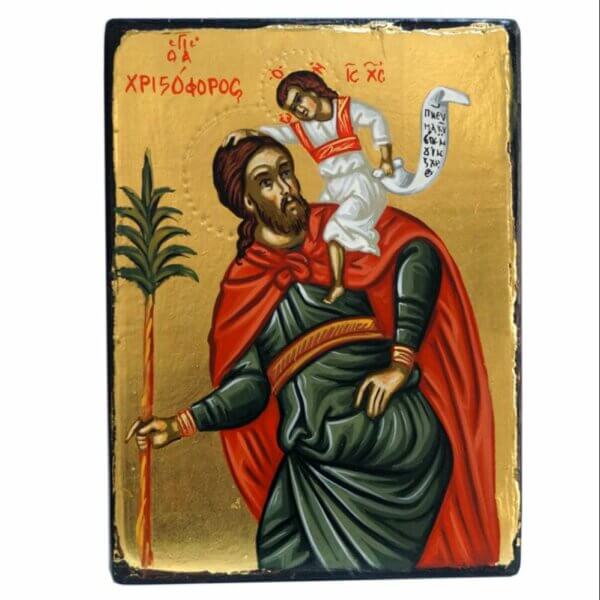 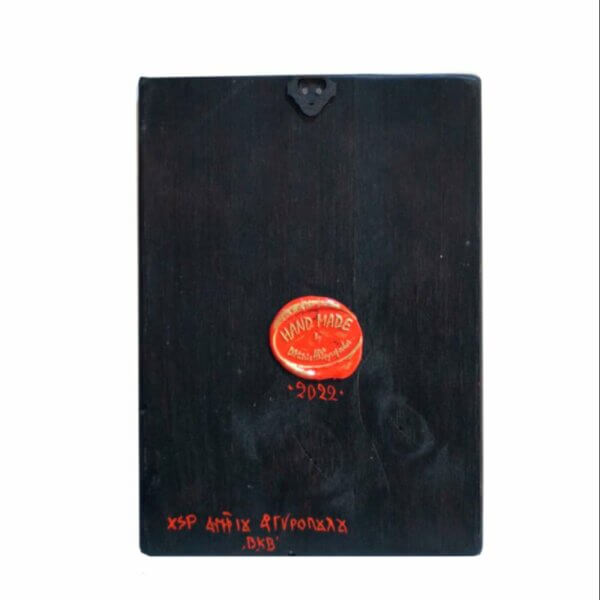 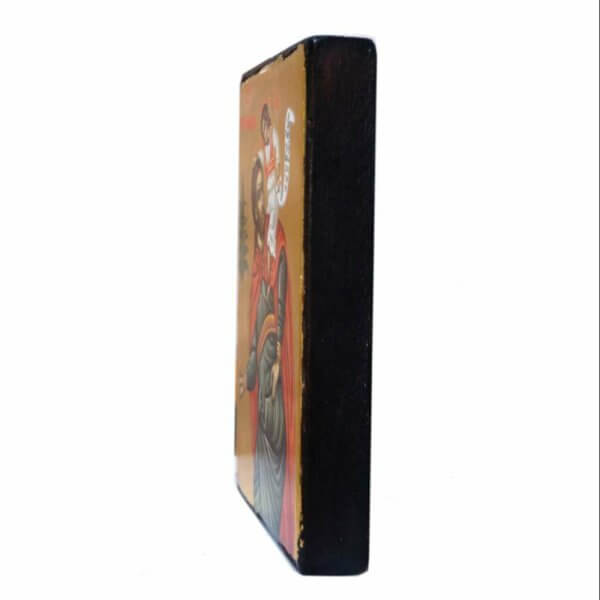 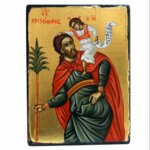 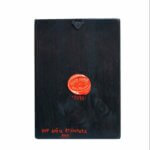 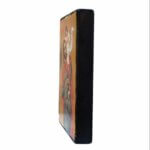 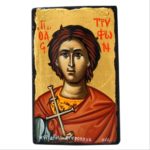 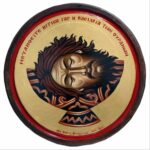 Picture made of solid wood from an old wine barrel and with 23 carat gold leaf.

Saint Christopher the Great Martyr came from a semi-barbarian tribe and was called Rebrovos, which means untested, disapproved, damned. He probably lived during the time of the emperor Decius (249 – 251 AD), when in Antioch the Bishop was Saint Hieromartyr Vavilas (honored on September 4). As for the external appearance, he was so ugly, that is why he was called a “dog-face”. According to the tradition of the Greek people, Saint Christopher is considered the protector of fields and vineyards from adverse weather conditions and especially from hail. In modern times, he began to be considered the protector of motorists, hikers and the Army Supply-Transport Corps

Picture painted on an old solid piece of wood has the colours are non-toxic powder blended with acrylic resin. The background of the picture is covered in leaves of gold 23 carats. The final cover polish is of superior endurance against light and humidity it does not include polyurethane. Handed in with a certificate of authenticity from the artist. Net weight: 450 g.